The Complete Guide to Craft Beer in Belgrade 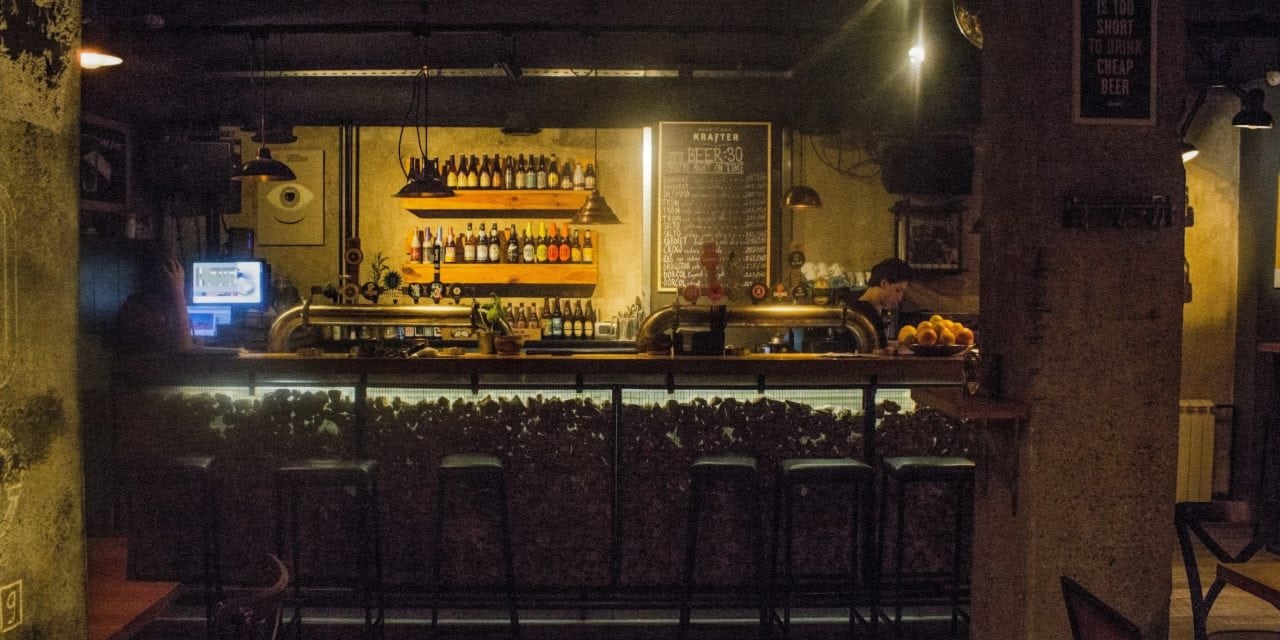 There are quite a few good breweries in Serbia that are making interesting, unique, and tasty craft beers and I had the pleasure of trying almost all of them.

If you’re a beer lover traveling in Belgrade you’ll definitely enjoy your trip. When you’re ready for a drink this is everything you need to know to explore craft beer in Belgrade!

At the time of this publication there is only on brewery in Belgrade that you can visit.

Dogma Brewery is outside of the city but easily reachable with a 15 – 20 minute taxi ride from the center.

Dogma is quiet and industrial like most breweries are and you can see their production center through giant glass walls in the back.

When I visited they had 12 of their beers up on the menu, but some of them were only available by the bottle. Otherwise you can get draft pints for 300 dinars / 3 usd each or try smaller samplers for about 170 dinars / 1.70 usd each.

Dogma is nice for a laid back night out, trying what I think is one of the best Serbian breweries in the country. J

ust don’t be concerned when you arrive and it looks like a dark and abandoned warehouse… ask the taxi driver to keep going and you’ll see the brewery lit up and lively in the back of the parking lot!

I have to say Gunner’s Pub may just be the best place for craft beer in Belgrade. They’re always packed on the weekends and have a true “pub feel.” Most importantly, there are a lot of craft beer options to try.

When we visited they had 16 different craft beers on tap (mostly Serbian) and a huge menu full of more bottles to choose from. They even partnered with Crow Brewery to create their very own beer called “Gunner’s Pub.”

The absolute best aspect of Gunner’s Pub, though, is the price. Pints of local craft beer will only cost 200 to 300 dinar / 2 to 3 usd each.

This is basically a taproom for the Serbian brewery called Kabinet.

They’re one of the biggest craft beer brands in the country and at Majstor Za Pivo you can try their beers on tap or choose from a much larger selection of bottles from craft brands around the world.

Unfortunately, they closed for the entire month of August so we were unable to visit during our stay. Still, I’m confident they’re worth checking out!

Samo Pivo is located in an abandoned mall and looks and feels exactly like you’d imagine a night out in Belgrade to be.

They have a massive balcony which is great for summer nights and like Gunner’s Pub, Samo Pivo also had tons of craft beers on tap.

They “gypsy brew” (create their own recipe but brew it at another brewery) their own house IPA with with Dogma Brewery and have a good ambiance all around. Along with Gunner’s Pub, Samo Pivo is one of my favorite places for craft beer in Belgrade.

Location: the street running parallel to Skadarlija. Look for the large smokestack.

The Old Brewery is just about as hipster as it gets.

The giant brewery in Belgrade was taken by the government during their communist years and then eventually shut down. Now, though, it’s gotten a breath of new life.

The Old Brewery is full of new cafes, bars, co-working spaces and basically anything cultural and cool that you can think of. It’s not the best place to find craft beer in Belgrade but because of their history I feel the need to give it a quick shout out on this list.

Location: There are 5 throughout the city

I visited the one near my apartment on Svetogorska and it was super quiet, but I think part of that was due to the Belgrade Beerfest currently going on. The pub has five locations around the city and each one is different.

When we went they had six of their beers on tap and we tried the wheat and the lager. They have a rotating cast of seasonal beers as well that looked pretty interesting, like the IPA and the Drunk Leprechaun.

The Black Turtle is also great for a budget night out because a pint of beer here will only run you 200 dinars / 2 usd.

Both beers that we tried pretty good and I definitely recommend stopping in because unlike the other craft beer brands in Belgrade, the Black Turtle doesn’t mess with bottles and you can only get it in their bars!

Krafter is another perfect little craft beer bar in Belgrade. They have a nice location on a quiet shaded street and had 14 Serbian beers on tap when we visited.

Costs were about 365 for a pint across the board and the patio was really chill. It’s a nice place to start the night for sure.

Want some craft beer in Belgrade without a late night out?

These are the best craft beer shops where you can browse and buy any bottles that catch your eye and then enjoy them on a quiet night at home.

The Drunk Chiwawa doesn’t have a massive selection but it’ll do the job. Here you can find all the Serbian craft beer brands or try a few more global brands as well. The price is good and they even had the Salto IPA on tap to drink while you shop.

Is this a cop-out? Idea London may be part of a massive chain but I have to include them because they’re open 24 hours!

This specific location has a pretty good craft beer selection too.

You can try Crow, Dogma, Kabinet, Salto, NikolaCar and more from Serbia or grab one from a larger selection of bottles from breweries world-wide.

Did I mention they’re open 24 hours?

With Belgrade’s crazy nightlife scene you just mind find yourself in need of some beer at all kinds of hours and Idea London has you covered.

Other Info to Know

Last but not least on the complete guide to craft beer in Belgrade is the Belgrade Craft Beer Tour.

If you’re traveling solo or just want to take the planning and logistics out of your night this is a great option to consider.

The tour is three hours and goes to three bars. It costs 25 euros per person and you can find all the details about where it stops and what time it runs on the link above.

It’s one of the largest festivals in Southeast Europe and hosts up to 500,000 people! Throughout five days you can find concerts, craft beer from breweries around the country, food, carnival rides and more at the event. Best of all, entrance is free!

The Complete Guide to Craft Beer in Belgrade

Do I drink too much beer? Possibly.

Do I put that bad habit to good use? Definitely.

This complete guide to craft beer in Belgrade was made with love and I truly hope it’ll help you explore the awesome Serbian craft beer scene while you’re here! Cheers!

This article is part of the Ballin’ Belgrade series. Read the rest below:

9 Best Instagram Spots in Belgrade for Your Next Trip

Essential Resources and Routes for Hiking in Belgrade

How to Visit Novi Sad on a Weekend Trip from Belgrade

Everything You Need to Know About the Belgrade Beerfest

Then, explore the complete Serbia series for more insider tips on what to see, do, eat, drink, and discover in the country. 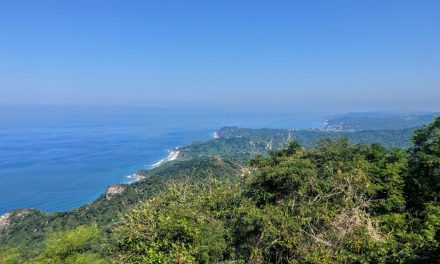 How to Climb Monkey Mountain For Panoramic Views of Puerto Vallarta 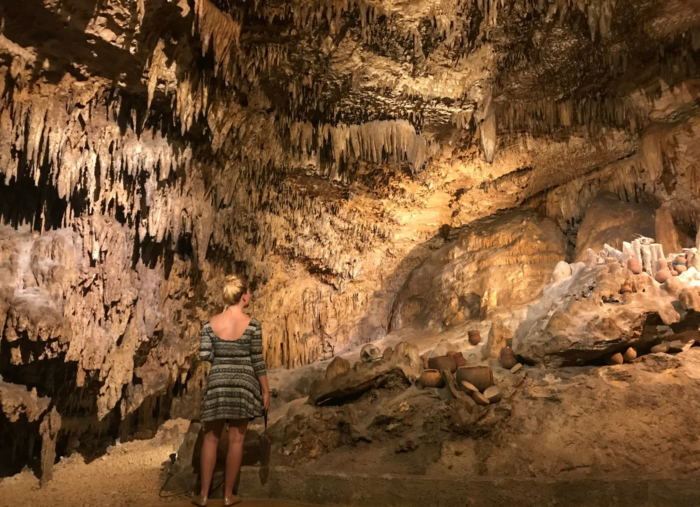 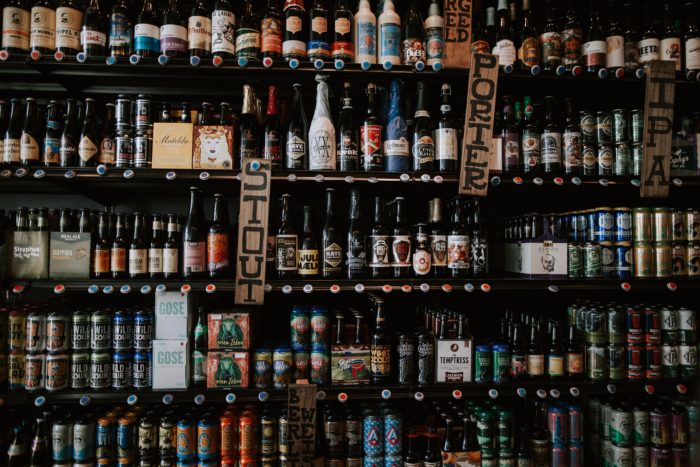 The Complete Guide to Craft Beer in Sibiu 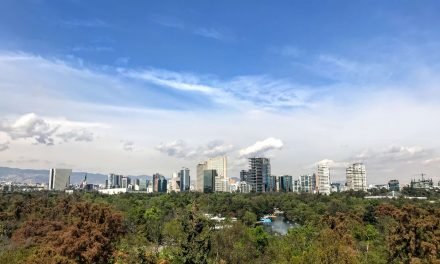