Georgia vs. Azerbaijan: Which Should You Visit? 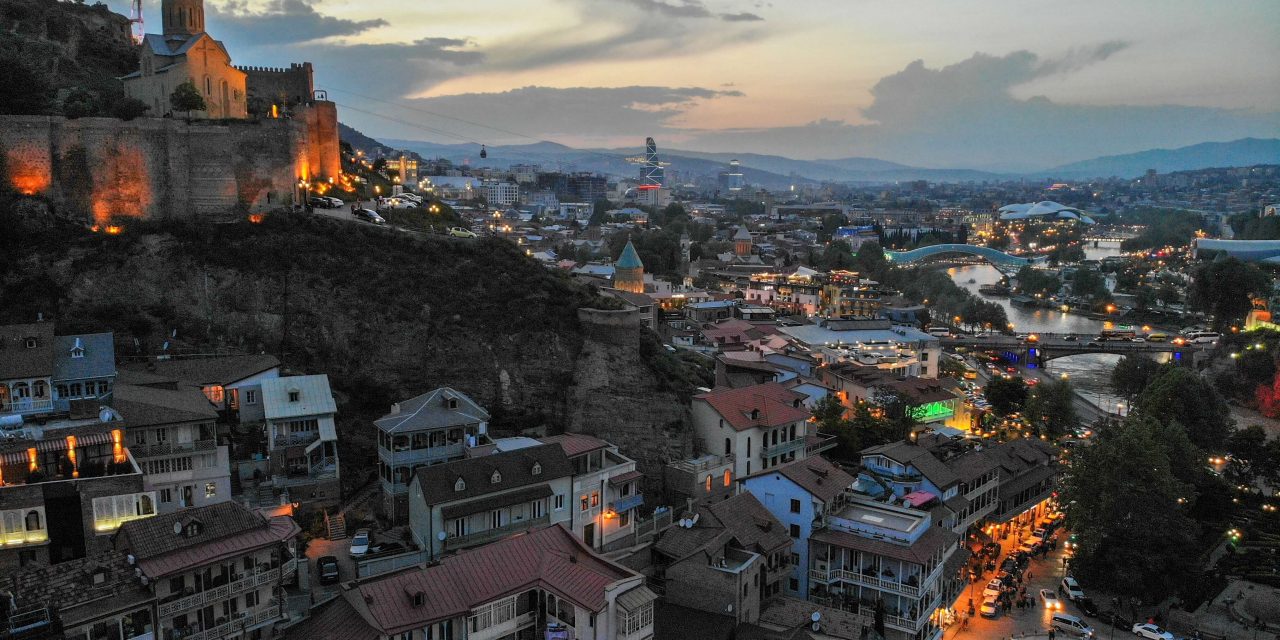 Georgia (the country) and Azerbaijan are neighbors in the Caucasus, the region between the Middle East and Europe.

Despite sharing a border, these two countries have drastically different cultures, and each offers a distinctly unique experience for travelers.

Which country, Georgia or Azerbaijan, is the better travel destination?

Let’s break it down.

The highlights and major tourist attractions of both Georgia and Azerbaijan are predominantly in or near the respective capital cities, Tbilisi and Baku.

These two cities are great destinations, but which has the better tourist attractions?

Tbilisi is a photogenic, historic city with touches of modern. Old Town Tbilisi is attractive with its winding, cobblestone streets and centuries-old churches. Along the Kura River in central Tbilisi are spacious promenades, museums, and modern buildings.

Highlights of Tbilisi include:

Baku, Azerbaijan is sometimes referred to as “Little Dubai,” and the nickname is apropos.

Aside from the tiny Old City of Baku, which is like strolling back in time, the city is incredibly clean and modern. The promenade along the Caspian Sea is popular with locals and affords great views of the cityscape.

Highlights of Baku include:

Away from the capital cities, it is easier to determine which country is the bigger draw.

Georgia has far more to offer tourists away from the capital, from mountainous Kazbegi to seaside Batumi. The small villages of Georgia are picturesque, welcoming and fun to wander.

Azerbaijan, on the other hand, is far less interesting away from Baku. There are certainly exceptions and sights worth seeing, but Baku is the center of Azerbaijan economically, politically and culturally.

Georgia vs Azerbaijan Tourist Attractions winner is… Georgia. The widespread attractions across the country make Georgia a better option for travelers.

Food in the Caucasus is seriously underrated. After a few meals in the region, you’ll wonder why it’s not available in every city around the world.

But which country, Azerbaijan or Georgia, has better grub?

The truth is that the general staples of Georgian and Azerbaijani cuisine are similar, but don’t tell them. Each has a strong bread culture, offers hearty soups and local dairy products (such as cheese and yogurt) are strikingly similar.

Food in Georgia is absolutely world-class.

Khinkali is the most well-known Georgian food, and it is not something to be missed. And Khachapuri, bread boats filled with cheese, egg or meat, will not disappoint.

Other great pastry items include lobiani and kubdari. The presence of pork in the diet gives Georgian cuisine another advantage.

Shawarma in Azerbaijan is everywhere and a delicious way to eat cheap. Azerbaijan’s bread is almost as good as Georgia. Piti, a soup with mutton and vegetables, is humble in origin and appearance, but every bite is otherworldly. Dushbara, a dumpling filled with meat and spices, is another tasty Azerbaijani treat.

Georgia and Azerbaijan have great food. It is unique, flavorful and cheap.

Which one has better food, though?

Georgia vs Azerbaijan Food Winner is… Georgia. Food in Georgia is hard to beat. It’s some of the best in the world.

Infrastructure in the Caucasus is lacking.

Other than the capitals of Baku and Tbilisi, getting around each of these countries is tedious. The most common method for inter-city transportation is the marshrutka, a large, uncomfortable van that packs as many passengers as possible.

Georgia looks and feels old. The roads in Georgia look and feel even older.

Outside of Tbilisi and other other large (or touristy) cities, traveling in Georgia is not for the faint of heart. The mountainous landscape makes travel beautiful, but it also makes it slow and uncomfortable.

Thanks to immense natural gas reserves, infrastructure in Azerbaijan is better, but not by much.

Baku is a modern city. The subway is efficient. The bus system is chaotic, but it works. Baku’s airport is newer and more modern than that in Tbilisi.

Outside of the capital, Azerbaijan’s roads are better than those in Georgia. It should be noted again, however, that Azerbaijan is largely centered in and around Baku. The focus of most development, including infrastructure, is there.

The Caucasus is a great destination for travelers seeking some time in the outdoors. The terrain is beautiful, and crowds are few.

Georgia is greener than Azerbaijan, which is personally more appealing to me. The mountains in Georgia are also larger and more impressive than those in Azerbaijan.

Azerbaijan is not without its natural beauty, though.

The mountain villages are particularly popular with hikers and nature lovers. The town of Sheki (a UNESCO World Heritage Site) is a great launching point for hikes into the nearby mountains. Areas around Laza and Griz also yield stunning scenes.

Azerbaijan and Georgia both offer plenty of outdoors escapes.

Georgia is greener but has harsher winters (in some areas). Azerbaijan has a greater variety of landscapes and has smaller, if any, crowds.

This is a difficult comparison for me, personally, to make.

I try every beer in sight while traveling, and I always make sure to try other local spirits. However, I do not “go out” or frequent clubs. I’d rather sit in a quiet pub, enjoy some food and possibly meet some locals.

That being said, this choice is not as obvious as it may seem.

Although Azerbaijan is a Muslim country, there is no shortage of booze. In a large city like Baku, there are surely some clubs to visit, though I never ventured beyond smaller bars.

Georgia is the oldest winemaking country in the world, and Georgian wine is high quality and affordable. The beer is equally cheap as that in Azerbaijan, and chacha (Georgian brandy) is cheap and strong.

Georgia vs Azerbaijan Nightlife winner… I cannot speak to which country has the better nightlife, but I would give Georgia the edge for variety of drinking options, drinking venues, and a larger presence of alcohol in the local culture.

As mentioned in the infrastructure section, getting around Georgia and Azerbaijan is tedious.

Otherwise, Georgia is the easier country for tourists to visit. The Georgian economy is more dependent on tourism, and, thus, has more experience catering to foreigners.

If you are an English speaker, Azerbaijan is a challenging place to visit.

There is very little English spoken outside of Baku. Georgia is slightly more accommodating to English-speaking tourists. There are shops providing various tours, most with English options.

The root of this is simply in numbers of tourists.

Georgia is a more popular destination than Azerbaijan. This means traveling in Georgia is slightly easier. Azerbaijan, on the other hand, does have the advantage of fewer tourists, which is appealing to those who like to get off the beaten path.

Georgia vs Azerbaijan Ease of Tourism Winner is… Georgia.

Sick of travel planning? This 10-day Georgia & Azerbaijan tour will take you to the top sites in both countries and you can book it with only one click!

Georgia and Azerbaijan are both safe places for tourists. The turmoil and troubles in neighboring regions are largely absent.

Locals in both countries are very friendly, though I received quite a few intimidating stares in Azerbaijan. In hindsight, I believe these were mostly out of curiosity.

The Azerbaijani government has made a serious effort to eliminate any of the extremism and unrest found in nearby countries. The police are present at transportation centers and were even apologetic for having to search my backpack in the subway station. In fact, I never once had a second thought about my safety.

Most of Georgia is safe.

Away from South Ossetia and Abkhazia, two regions where Russia has invaded and taken control, everything is peaceful. Azerbaijan, away from Artsakh (also known as Nagorno-Karabakh), a territory disputed with Armenia, is equally peaceful.

Away from these conflict zones, both of which have been largely calm and peaceful for years, there is no need for travelers to fear for their safety in Azerbaijan or Georgia.

Old and new collide in Baku

In comparison to expensive destinations like Japan, Dubai or Western Europe, Georgia and Azerbaijan are both incredibly cheap places to travel.

Transportation is incredibly cheap. Food is inexpensive. And many of the top attractions are free.

Georgia takes the edge on affordability for cost of accommodation. There are plenty of cheap Airbnbs, hostels, guesthouses, and hotels in Georgia.

In Azerbaijan, it is much harder to find cheap, quality places to stay. Especially in Baku, with a few exceptions, prices are often on par with those in Western Europe.

Azerbaijan vs Georgia is a difficult comparison because are both fantastic countries to visit. Each is unique and has wonderful opportunities for an excellent trip.

Overall, Georgia is the better country to visit.

Azerbaijan is great. The country is interesting and provides travelers with a stark contrast of dusty and old vs. shiny and modern, but Georgia has strong advantages in cuisine, widespread attractions, and affordability.

John Paul is a travel and food blogger from Louisiana, currently based out of Portland, Oregon. His focus is on eating delicious, local food off the beaten path and presenting travel info in an honest, unfiltered way. Follow along with his travels on the Hangry Backpacker blog or get connected on Facebook and Pinterest!

Explore unique stays on Airbnb – like this boho loft in Tbilisi or this minimalist apartment in the Old Town – and the top hotels on Booking.com to plan your trip to Georgia.

Then, check out more food, cultural, and outdoors experiences in Georgia to round out your itinerary (or, book a multi-day highlights of Georgia tour to finish your travel planning in only one click!).

This article is part of the Eastern Europe Smackdown Series, read the rest below:

Or, explore more around the world in the Country Comparison series. 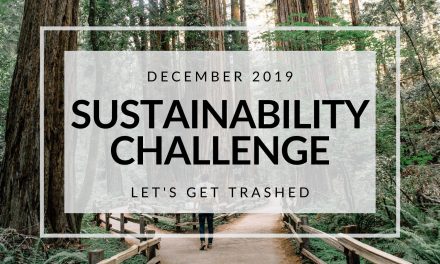 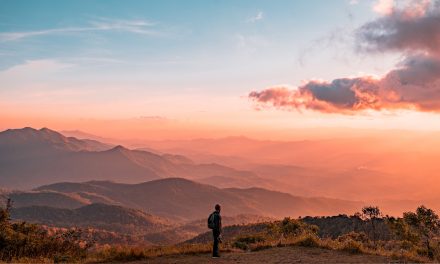 How to Ground Yourself: 11 Ways to Reduce Anxious Thoughts 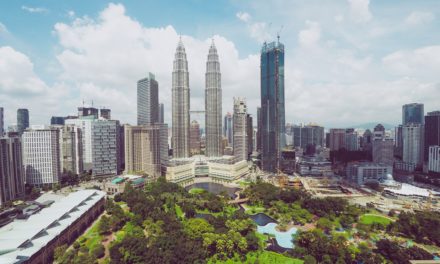 Thailand vs. Malaysia: Which Should You Visit? 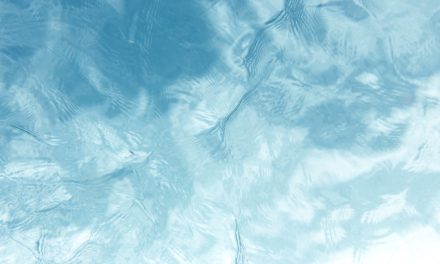 Vibrant All in One Travel Mug Review