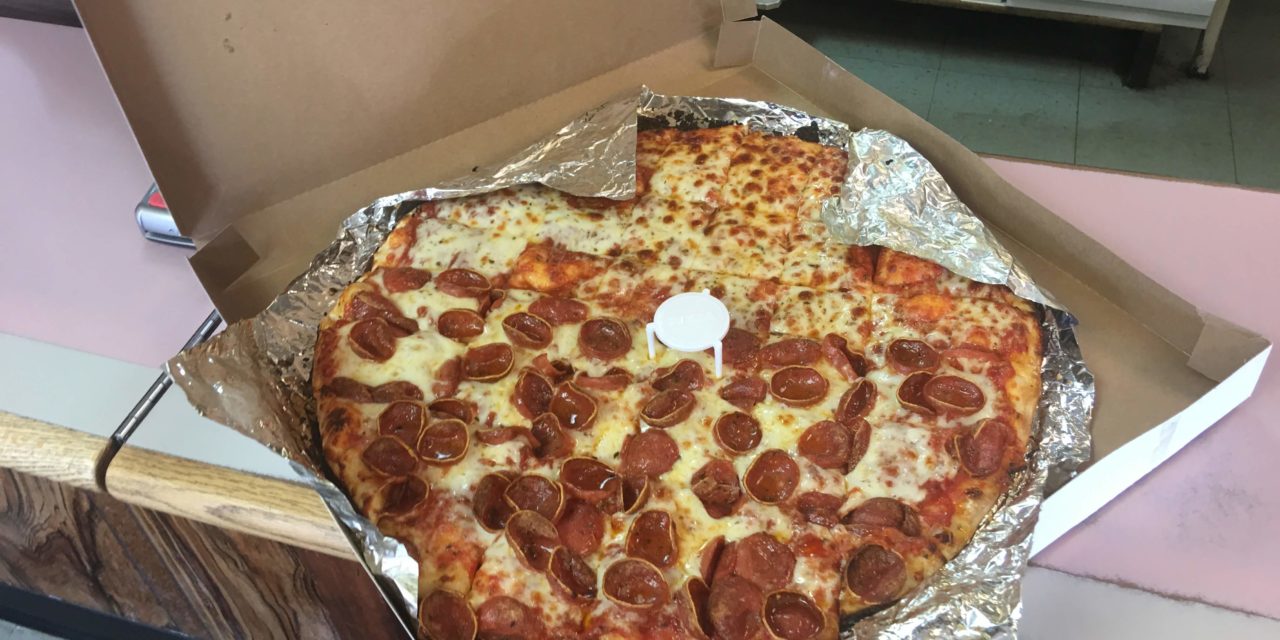 The Dayton Pizza Wars are behind us, four iconic restaurants remain.

But, which Dayton style pizza place is the best in the city?

We conducted a very-unscientific-but-thoroughly-delicious blind taste test between Marion’s, Cassano’s, Ron’s, and Joe’s to find out!

What is Dayton Style Pizza?

Pizza must have two essential characteristics to earn the right to bear our city’s name. First, Dayton style pizza always has a thin, flat crust and second, it’s cut into small square slices instead of the typical pie shape.

Most Daytonians can attest that the tiny size of the slices makes eating “just one more” impossible to stop until an empty box is all that remains.

The biggest Dayton style pizza chain is Donatos, and it isn’t from Dayton at all.

The company was founded by an OSU student in Columbus 10 years after Vic Cassano started doin’ his thing down here in the Gem City. Donatos has now expanded into more than 10 states so people sometimes mistakenly refer to pizzas with thin crust and a square cut as simply Ohio-style pizza.

But just like the slogan on NC license plates, they’re dead wrong.

For Dayton expats living out of state, Donatos will do in a pinch, but when in town it’s never the first choice. That honor is usually reserved for the big three – Cassano’s, Marion’s, and Ron’s – who earned that right when they battled it out in the great Dayton Pizza Wars.

Ron bought a Cassano’s franchise and operated it for a few years until he decided he wanted to go off on his own.

He asked his wife to create a dough recipe as similar to Cassano’s as possible and then opened the first Ron’s Pizza in 1964 to serve it – while he still operated his Cassano’s franchise!

Vic sued Ron because he believed Ron had stolen the Cassano’s recipe and they battled it out in court in what the Dayton Daily News dubbed the “Dayton Pizza Wars.” Ron won the lawsuit and Ron’s Pizza is still operating today in Miamisburg.

So, Cassano’s is clearly the OG but Ron’s and Marion’s have grown into their own beloved institutions as well. But where does Joe’s – our fourth contender in the blind taste test – come into all of this?

Joe’s opened its doors in the 1950s (making it older than Marion’s and Ron’s but younger than Cassano’s) and has always coexisted peacefully with the other big three, which is why the shop still remains somewhat of a hidden gem in Dayton.

In fact, I had never even heard of Joe’s until my dad insisted we include it in the mix, but now I’m so glad we did.

And now that you’ve got a bit of history, let the taste test commence!

I won’t lie, there were some minor snafus in the making of this taste test.

Because Marion’s and Joe’s don’t deliver we decided to even the playing field and dispatch four teams to pick up the four pizzas. We called ahead to set a 5:30 pm pick up time for each, to ensure that each pizza was the same age when we dug into it.

Then, I got home with Ron’s (a 25-minute drive from Beavercreek) and found my mom had completely disregarded the plan and put the other three waiting pizzas into the oven to keep warm.

Ron’s was a bit colder than the rest and the other three weren’t 100% fresh when we chowed down but dammit we tried our best. Still, I had one participant do their blind taste test with all cold pizza to make sure Ron’s got a fair chance, and his rankings matched the rest.

With all this in mind, here are the results of our blind Dayton style pizza taste test between Ron’s, Marion’s Cassano’s and Joe’s.

Let’s start with the essential info you need to know about our taste test.

The Participants: Various siblings and spouses (5)

The Pizza Style: Half pepperoni half cheese. Four participants chose to taste test the pepperoni while one opted for the cheese. None of her rankings were significantly different than the meat eaters.

After eating a piece of all four pizzas, I asked each participant to rank them from one to four, with one being the best and four being the worst.

Ron’s (One South Main St, Miamisburg) got two third-place ratings and three fourth-place ratings, for a total score of 18

Cassano’s got one fourth-place ranking, three second-place ratings, and one first-place rating for a total score of 11

And the Best Dayton Style Pizza Is…

Participants agreed that Joe’s had both the best sauce and the best pepperoni, which cooked into tiny cup shapes to store extra grease and flavor.

(I don’t think it’s a coincidence that our rankings of best to worst pizzas also matched up with the greasiest to least greasy pizza boxes.) Joe’s also had the thickest crust.

Cassano’s coming in second was another surprise because I always thought I preferred Marion’s. Turns out, when I eat them side by side, Marion’s just can’t compete with Cassano’s salty crust and the participants in the blind taste test agree with me.

Marion’s is still a solid option when eating out with a group though because there’s just something about sitting next to a fake window with a mug of root beer that Cassano’s can’t provide.

Finally, we have Ron’s. The pepperoni wasn’t crispy (and was almost a bit ham-like) and the cheese and crust were both just a bit bland. Standing alone, I’m sure Ron’s pizza is fine, but next to these other three powerhouses it just couldn’t compete.

So, the definitive answer is finally here: Joe’s serves up the best Dayton style pizza in the city.

Next time you get a craving for Dayton style pizza (or want to introduce visiting family and friends to this Gem City original) make sure you order up Joe’s for the best experience! 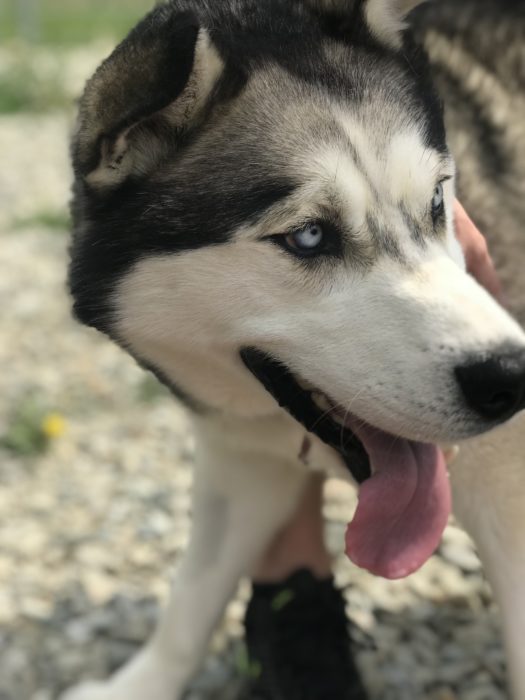 How to Volunteer in Sibiu at the Sibiu Animal Shelter 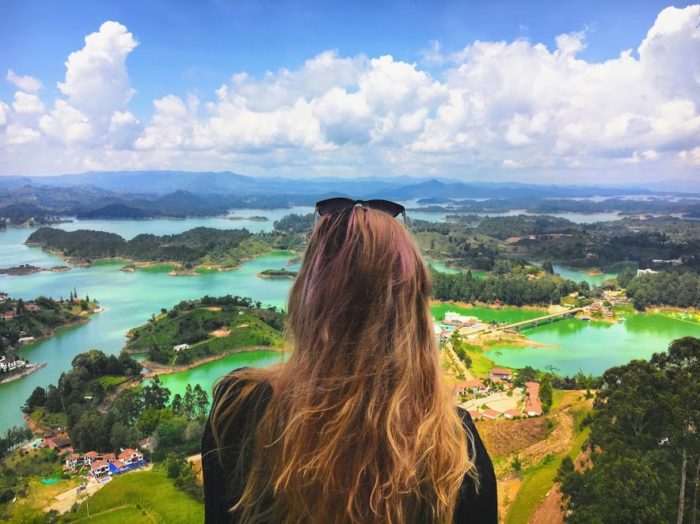 Mexico vs. Colombia: Which Should You Visit? 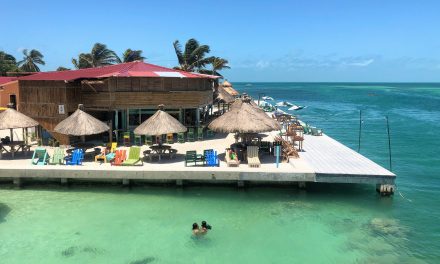 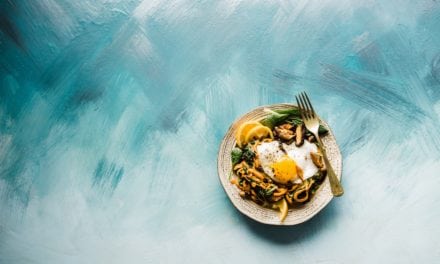