10 Colorful Bodies of Water in Every Shade of the Rainbow 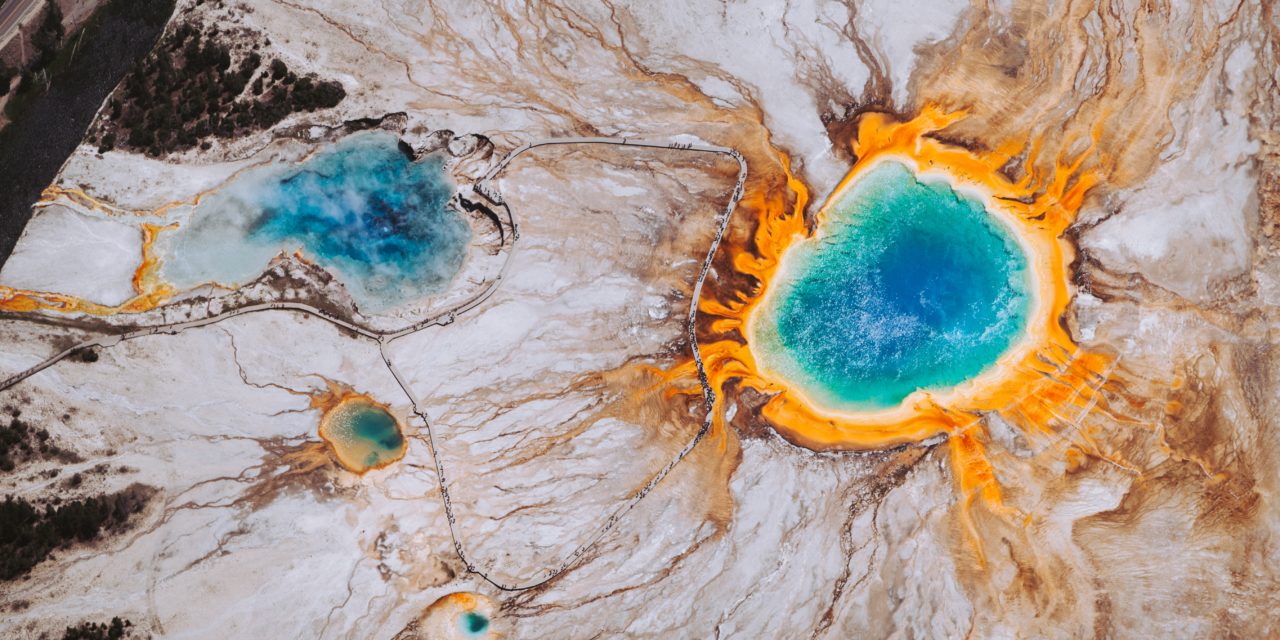 Although water appears clear in our sinks and glasses it actually does have a faint pale blue color, which becomes obvious anywhere it collects in large quantities like oceans, lakes, and streams.

This is because of the way it both absorbs light and reflects the sky and is why growing up we were taught in school to always color the water in our crayon drawings a nice, deep, blue.

But, our teachers were wrong.

These ten colorful bodies of water around the world aren’t blue at all. In fact, they come in every shade of the rainbow!

1. The Red Waters of Lake Natron in Tanzania

Lake Natron is a shallow salt lake in a hot place. Because of that, the water evaporates quickly (especially during the dry season) and leaves the salt behind.

Microorganisms like cyanobacteria thrive in the salty conditions and the water looks red because they use red pigments for photosynthesis to stay alive.

Lake Natron is located in the wetlands of Northern Tanzania and besides being home to tons of tiny red photosynthesizing cyanobacteria (say that five times fast) it also houses flocks of lesser flamingos that take advantage of the lake’s inhospitality to their predators to safely breed on the islands that dot the red salty waters.

2. The Bright Orange Ring Around the Grand Prismatic Spring

The Grand Prismatic Spring in Yellowstone National Park is one of the most famous colorful bodies of water because it’s the third largest hot spring in the world.

The colors of Grand Prismatic Spring come from organisms called thermophiles that thrive in high temperatures and live around the border of the 121 foot deep hot spring.

The center is a deep blue because the deadly 189 degrees Fahrenheit temperature is so hot that nothing can survive, but as the water spreads to the outer layers it cools and the bacteria that live in each separate temperature come in almost every color of the rainbow – including a deep, bright, orange.

If that’s not enough for you orange-lovers out there, you can also stop by Ramla Bay, the orange sand beach in Malta, as well.

Spotted Lake – photo by Mykola Swarnyk via this license

3. The Yellow Dots of Spotted Lake in Canada

The Kliluk Lake in British Columbia looks like any other lake most of the time. But in the summer when the water begins to evaporate, the tell-tale spots become visible for a few weeks out of the year.

The unique yellow color comes from salt and minerals (are you beginning to sense a trend?) and is easiest to see in late July. You can’t visit the lake without permission from the Okanagan First Nations people but you can still park on the nearby road and enjoy the view from afar.

Underwater park in Austria – photo by majiedquasem via this license

4. The Underwater Park in Austria

Tragoess, Austria is home to a mysterious disappearing park.

Most of the year the valley has shaded trails, park benches, and towering trees to hike underneath. But in the summer, the snow on the surrounding mountains melts and a small pond turns into the large Green Lake, submerging everything in its path underwater.

Swimmers and divers used to be able to float among the grass, tree trunks, benches, and bridge in their eerie underwater homes, but the park has since eliminated this option to help protect this unique natural place from our human impact.

5. The Stunningly Blue Waters of Laguna 69

Explorers found so many lakes (almost 300!) in Huascaran National Park in Northern Peru that they reverted to numbering all of them rather than spending the time to come up with names.

Laguna 69 has become one of the most popular destinations for visitors to the country due to the way the stunningly blue-turquoise water shimmers under the sunlight.

The lake is filled by the melting snow and ice from a nearby mountain and can be reached on a one-day high-altitude trek to its dizzying location more than 15,000 feet above sea level.

Read more: How to Hike to Laguna 69

Purple seems to be a difficult shade to find in the world’s colorful bodies of water, but in the Azores in Portugal, underground volcanic waters turn purple when they’re used to brew green tea.

The thermally heated water from the underground hot springs on São Miguel Island is full of unoxidized iron and acid. When it’s used to brew green tea, it reacts with the antioxidants in the leaves and turns the drink a deep shade of purple instead.

Even better? The special qualities of the volcanic water prevent the (now-purple) green tea from becoming bitter no matter how long you allow the leaves to soak.

7. The Rosy Pink Shores of Lake Retba in Senegal

Lake Hillier in Australia is known for its famous pink hues, but did you know there’s a larger rose-colored body of water in Senegal?

The lake covers about one square mile, but it’s the color, not the size, that draws attention. Just like Lake Hillier, Lake Retba is pink due to the algae that thrive in the salty waters. The algae are most abundant during the dry season, so the color is extra vivid during the winter months from November to June.

What makes this white wonderland so alien to the rest of the world? The almost-12,000 ft. high plateau was once a large salt lake that was unable to drain because of the mountains around it. The water evaporated over the millennia, and now 10 billion tons of salt is all that’s left behind.

9. The Poisonous Black Quarry in England

What do you do when a quarry is poisonous to swim in, but such a beautiful tempting blue color that tourists keep jumping in any way?

Council members in charge of the Blue Lagoon of Buxton decided to dye the toxic body of water black to more accurately depict the old cars, dead animals, and pH level of 12.3 that lies inside!

The dye fades every year, but this article (and Youtube videos around the web) report that the quarry is dyed black again most years in the council’s ongoing attempt to prevent visitors from jumping in for a dip in the summertime.

10. The Transparent Ice on Lake Baikal

Lake Baikal in Russia’s remote region of Siberia is the oldest and deepest lake in the world, containing one-fifth of the earth’s unfrozen surface water.  It was inscribed as a UNESCO site in 1996 and the lake’s origins date back more than 25 million years.

In the winter it freezes so deep that cars can drive on it and Lake Baikal draws visitors who marvel at the natural bubbles and cracks that form in the transparent ice sheets, a site so beautiful that famous Russian author Chekhov called Lake Baikal ‘the pearl of Siberia.’

Looking for more travel inspo beyond these ten colorful bodies of water? Explore the Interesting Reads series to discover 6 crazy places around the world where people really live, the most expensive restaurants on every continent, how to live in a Prius (yes, really) and so much more! 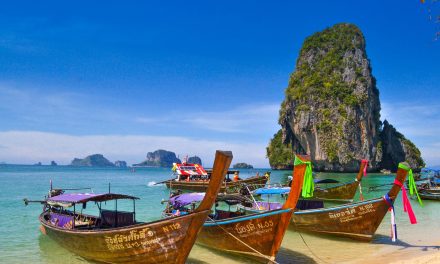 Thailand vs. Vietnam: Which Should You Visit? 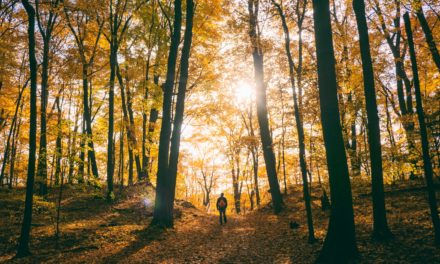 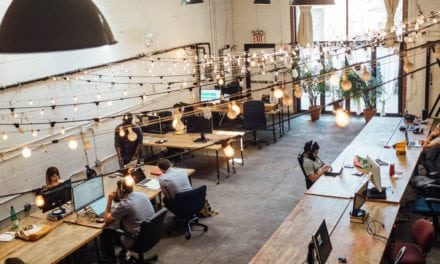 Coworking Space vs. Work From Home for Digital Nomads 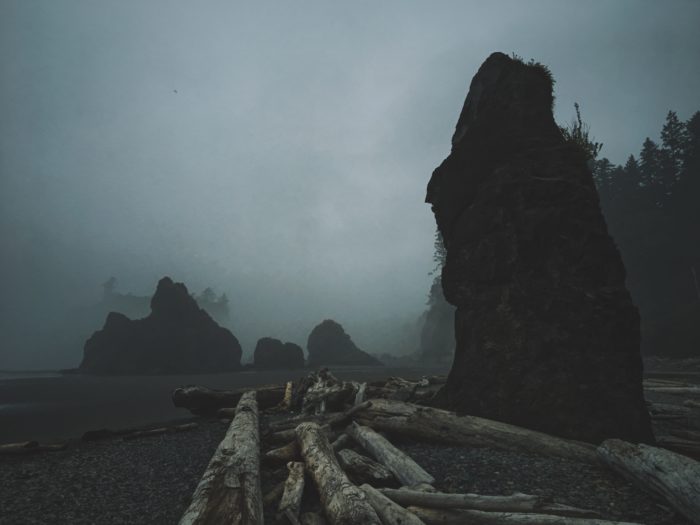