The Complete Guide to Craft Beer in Sofia 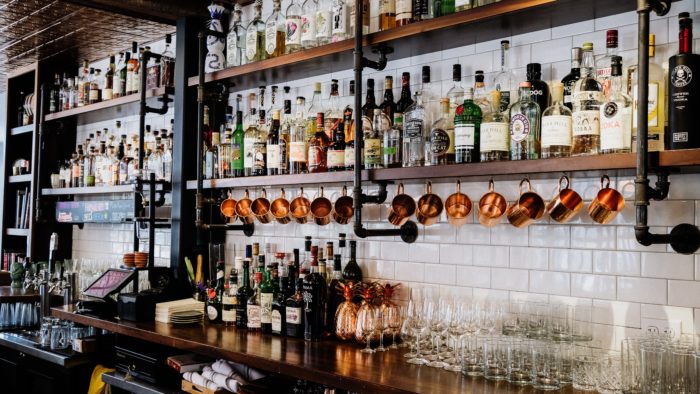 If so, we’d definitely get along!

I spent a couple months in Sofia enjoying the many different breweries and bars. Then, I wrote up everything I learned in this guide so you can do the same.

Almost every brewery in Sofia is a gypsy brewery, which means there aren’t many actual brewery locations to visit in the city. However, you can still try the different local beers from Sofia in bars and taprooms throughout the city.

Feel a little confused? Don’t worry. I’m going to break down absolutely everything you need to know to drink craft beer in Sofia!

A very sad sign on the streets of Sofia. Use this craft beer guide to make sure you don’t end up here on a night out!

First things first, what are your options for craft beer in Sofia?

If you want to try the beers that are from the city itself, there’s a few you need to put on your list. The six breweries that call Sofia home are:

Divo Pivo, White Stork, and Ah! began together as a brewery called 359, but have since split and the three owners have gone their separate ways.

I have to say that all of the brands have pretty good beers and there wasn’t one that stands out as the best to me. You’ll just have to try a few from all six to decide your favorite for yourself.

Like I stated above, most of these six craft beer brands in Sofia are gypsy brewers.

There is a Blek Pine brewery on the outskirts of Sofia that used to have a taproom open to the public, but they have since closed it because it wasn’t getting enough business.

Divo Pivo used to have a brewery in Sofia as well, but it burned down last year. Outside of this, the rest of the breweries are gypsy brewers that make their beer in other cities and countries in the EU.

However, there are still two other options if you truly must have craft beer in Sofia that is brewed in-house.

I love the Ale House. I’s a brewery in Sofia, but not necessarily with craft beer. They only make one type of beer (a basic but tasty lager) but it’s still worth visiting.

The Ale House has a tap at every table! The waiters will bring you a glass and then you simply refill as you please.

The cost is 9 lev / 5.50 usd for a liter and the tap keeps track of everything so you can drink whatever you want.

On top of this, the Ale House also has a cozy, classic pub feel and food (only 8 lev / 5 usd for wings) so if you want a typical bar night experience with a twist, this is the place.

This small brewery is interesting because they don’t bottle any of their beer. Instead, they install tap systems in restaurants throughout Sofia and brew giant kegs for delivery so the restaurants can serve draft beer.

Because of that, the Riverside Brewery doesn’t have a lot of the crazy craft beer options we’ve come to know and love. Instead, they just have a few basic beers, and when we went it was their lager on tap. It was super light, kind of sweet, and surprisingly good.

It’s located outside the city on Vitosha Mountain and has food, outdoor seating in a garden, and a nice ambiance.

It’s also built right next to a hiking trail. If you want to go for lunch and then get some fresh air, the walk to Aleko Hut from Riverside Brewery is 2 hours and 45 minutes.

Ok, so you want to try the brands I mentioned above, but where? In my opinion, these are the four best bars for craft beer in Sofia.

Beer & Co. is the official tap room for Blek Pine Brewery and one of the only places you can get the Blek Pine beers on tap. They have a changing rotation of them, so go in a few times to try the seasonal beers they’re making at the moment.

This bar is also the place to go to try Mad Panda beers because the do their gypsy brewing in the Blek Pine Brewery. Due to that, there is a good selection of Mad Panda brews in the bar as well.

It’s great for enthusiasts looking to try craft beer in Sofia, but maybe not for a date or rowdy night out. The basement bar brought back strong memories of frat parties in college, but in a good way and I enjoyed it.

Beer & Co. is a must-visit to try two of the best craft beer brands in Sofia and talk shop with the knowledgable owner, Bobo. Just be warned, they close for the summer!

The 12 Tap Blues Bar is right by Beer & Co., so you can pair these two together on a night out.

This bar has a lot of craft beer options and is great for music lovers. They have live music often and you can check their events page to see what’s coming up next.

Kanaal is one of the first craft beer bars in Sofia and definitely the hippest.

This unique and artsy bar has cozy couches, an outdoor garden, greenery cascading down the walls and a packed house every weekend.

Kanaal has 12 taps and lots of bottles from Bulgarian breweries and countries around the world. They also feature DJs every Saturday and some Sundays as well.

In my own humble opinion, the Vitamin B Bar is the best place for craft beer in Sofia.

They have an absolute amazing selection of craft beer from Bulgaria and around the world. In fact, the menu had seven pages with about 50 options on each… and the bartender assured me they had them all.

Vitamin B Bar also has six taps for draft beer, but unfortunately none of them were Bulgarian during our visit.

The interior is modern and nice, the bartenders are knowledgable and helped us pick great options, and they even have a large garden with outdoor seating in the back.

If you only have a short time in Sofia and want to try all of the breweries in the city, this is definitely your best bet to do so in a night. On average, costs range from 6 to 12 lev per beer (3.50 to 7 usd) so you can find something here for any budget.

While Kanaal is a party bar, Vitamin B Bar is very chill and lowkey.

Both are good, it just depends on what you’re in the mood for. Or, you can even pair a visit to Vitamin B Bar with Kanaal because they’re only 1 km apart and it’s easy to walk only 15 minutes to get from one to the other.

Vitamin B Bar in Sofia

Want some brews to go?

Although you can buy bottles at Vitamin B Bar and Beer & Co., there are other places to get your craft beer fix in the city as well.

Three of the best bottle shops in Sofia are Nosferatu, Beera, and 100 Beers. Luckily, you can walk between all three in just 15 minutes, so if you can’t find what you’re looking for at one it’s easy to visit the others!

Once you’ve made your selections you can even get a cold bottle or a beer on draft at any of the three to enjoy outside on the steps.

Awseome location, awesome selection, and just pretty much everything you could want from a beer store.

Beera is also just a few steps off of Vitosha Street, so it’s convenient to stop in and grab a few bottles whenever you’re heading home.

Nodferatu is the most like a bar of all three bottle shops. They have a few tables inside that you can drink at while you make your selections to take home.

The man in the store when we visited was really helpful as well, so if you’re not quite sure what you want this is a good place to chat with someone who can point you in the right direction.

100 Beers is a small shop with a great selection. The prices started at only 3 lev / 2 usd per beer which is pretty good as well. Of all three shops that I visited, 100 Beers seemed like they had the lowest prices.

Now you can make the most of your brewery visits with three guided tours from Tweekends, which partnered with one of the first craft breweries in Bulgaria to create Craft Beer Experience Bulgaria. Tours include:

These are a great way to not only see the breweries outside of Sofia but also to learn more about the behind-the-scenes process that goes into both making craft beer and growing the craft beer scene in the country.

As always, all the best festivals occur after I leave the city.

After you immerse yourself into the craft beer scene in Sofia with this guide, visit the Plovdiv BeerFest! It’s held in nearby Plovdiv (a two-hour bus ride from Sofia) every September. In 2020 you can catch it from September 3 to September 7.

There was also a Craft Beer Fest in Sofia in June 2019 but 2020 dates don’t seem to have been announced yet.

The Complete Guide to Craft Beer in Sofia

There you have it.

Whether you want to visit a brewery, bar, bottle shop, or even a festival, this complete guide to craft beer in Sofia has all the information you need.

Start here to try the six brands from the city and then explore more options from around the country and the world. The craft beer scene is firmly entranced in Sofia, and I couldn’t be happier about it. Use this guide to discover it for yourself!

Explore unique stays on Airbnb – like this studio with a rooftop terrace or this brooding and atmospheric home in the centro – and the top hotels on Booking.com to plan your trip to Sofia.

Then, check out more food, cultural, and outdoors experiences in the city to round out your itinerary (or, book a multi-day Bulgaria tour to finish your travel planning in one click!).

This article is part of the Savor Sofia Food and Drink Series. Read the rest below:

Top 3 Places for Shisha in Sofia

Or, explore the complete Bulgaria Series for more insider tips on what to see, do, eat, drink, and discover in the country. 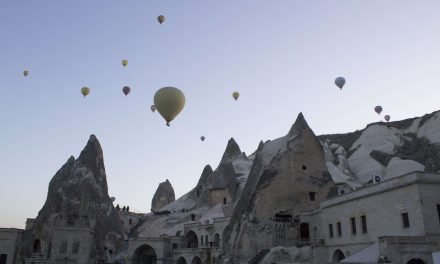 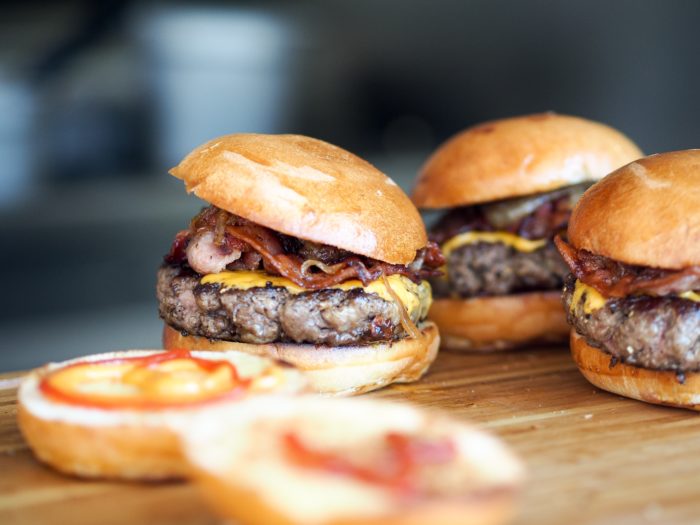 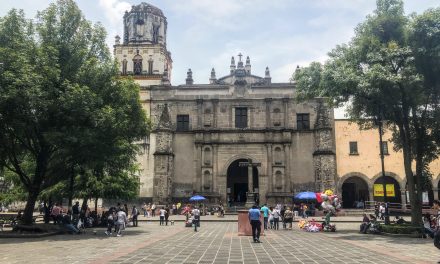 Coyoacan Guide: 18 Best Things to Do in Coyoacan 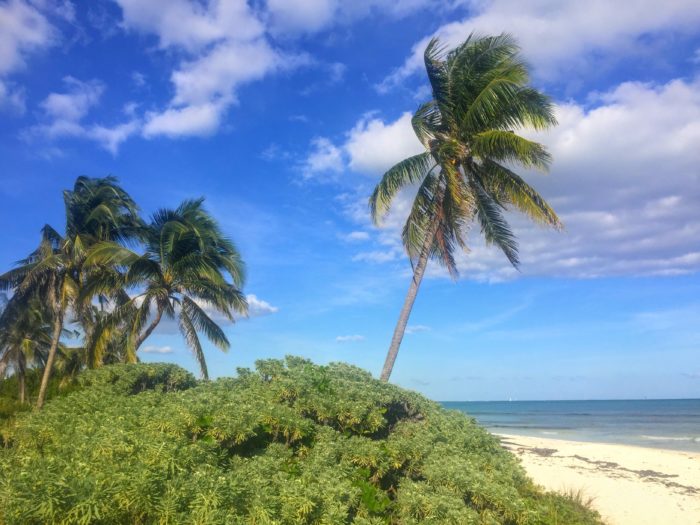 Why Playa Esmeralda is the Best Playa Del Carmen Beach