The Complete Guide to Craft Beer in Puerto Vallarta

If you’re looking for craft beer in Puerto Vallarta, you’ve come to the right place. Although the scene isn’t huge yet, with so many expats from the US and Canada settling down in the city, the number of breweries is growing at a slow but steady pace.

Right now, there are three breweries in Puerto Vallarta proper, two that are foreign owned and one that is local. North of the city limits, you can also find two more breweries in the small towns of Bucerias and San Pancho.

Want something a little tastier than a bucket of Coronas on the beach? This Puerto Vallarta craft beer guide has all the info you need to know. Let’s dive in!

My first of many flights at Monzon Brewing

Monzon Brewing is my favorite brewery in Puerto Vallarta. It’s conveniently located in the central Zona Romantica neighborhood, so I came here multiple times during my six-week stay and even bought a few cans to-go to drink on Thanksgiving!

I like Monzon because its owned by expats from Seattle, so they serve up the interesting beers that we’ve come to expect from breweries in the US (like the Pint Full Of Cake chocolate raspberry pastry stout).

Along side their pints and flights, Monzon also serves cocktails and food like tacos, tots, and a unique churro donut dessert. Head over for the weekly trivia night on Wednesday or grab a board game from the shelf for a chill night out any time.

Pizza and a pint at Los Muertos Brewing

Los Muertos Brewing is only a few blocks from Monzon, so I recommend visiting them both in one boozy night out.

Los Muertos, owned by another American expat, has the distinction of being the first brewery in the city.

They also offer some killer happy hour deals and some of the best cheap eats in Puerto Vallarta at their two-story space in the Zona Romantica. From 4 to 6 pm you can get a pint of craft beer for only 35 mxn / 1.90 usd and chase it down with a 35 mxn slice of wood fired cheese, pepperoni, or Hawaiian pizza. Yes, please!

Los Muertos doesn’t have quite as much beer on tap as Monzon Brewing, but it’s still a solid choice for craft beer in Puerto Vallarta and definitely a local favorite.

Cerveza El Terrible is the first locally owned brewery in Puerto Vallarta and you can find it in shops around the city.

If you’re staying in downtown Puerto Vallarta, the most convenient place to pick up a few El Terrible beers is at the Xuper Cosas market in the Zona Romantica.

This deceptively unassuming shop actually has an extensive craft beer selection and we took our pick of four El Terrible beers currently available: a pilsner, stout, red ale, and blue magic ale. Bottles are only 42 mxn / 2.25 usd each!

Opened in fall 2019, Cerveceria Bahia de Banderas a newcomer to craft beer in Puerto Vallarta. It’s located north of the city in the small town of Bucerias, but easy to reach on a bus or  ~45-minute Uber ride from the Zona Romantica.

Cerveceria Bahia de Banderas serves up food, craft beer, and live music in their outdoor courtyard and offers 45 mxn / 2.40 usd pints for happy hour every day from 4 – 5 pm. You can also try a variety of their IPAs, APAs, stouts, and other unique brews in flight to find your favorites.

Unfortunately, I didn’t know about Cerveceria Artesanal San Pancho when I hiked from Sayulita to San Pancho, because it would have been the perfect place for a post-trek celebration.

Cerveceria Artesanal San Pancho is a collaboration between American expats and a Mexican brewery. The cute micro-brewery and pub serves food like burgers, charcuterie, and hummus plates alongside their own craft beer and the beer from their partners at Santa Sabina Cerveza Artesanal in Guadalajara.

If you take a day trip to Sayulita and San Pancho (about 1.5 hours north of Puerto Vallarta by bus) make sure to stop in!

Cerveceria Union, a craft beer bar on the Malecon boardwalk

Looking for more craft beer in Puerto Vallarta? If these five breweries aren’t enough, there are a few more places you should know about!

You may have seen La Cerveceria Union at the north end of the Malecon boardwalk. This oyster bar doesn’t brew craft beer (just a basic dark and light), but they still serve up a pretty good selection from breweries around the country alongside some great people watching. Hacienda Alemania is also a great choice for beer lovers in Puerto Vallarta because this 4-star hotel is also a cozy German beer garden!

Though it’s nothing fancy, the Xuper Cosas market in the Zona Romantica has a good craft beer selection if you want a few brews to enjoy in your hotel or Airbnb. Though Cork & Bottle is mainly a wine shop, it’s supposed to have a pretty good selection of craft beer as well.

There are a few fun drinking experiences in Puerto Vallarta on Airbnb as well, like this Puerto Vallarta craft beer tour with a local. Learn more about the history of Mexico’s craft beer industry while visiting Los Muertos, Monzon, and a third craft beer bar with a local guide. (And if you’re anything like me, this top-rated sunset tequila tasting may also be right up your alley!)

Explore unique stays on Airbnb – like this open-air earth house with a private pool or this 66 ft. yacht – and the top-rated hotels on Booking.com to plan the perfect night, weekend, or long-term stay in Puerto Vallarta.

Then, check out more food, nature, and cultural experiences on Airbnb to round out your itinerary (or book a curated multi-day Mexico tour to finish your travel planning in one click!).

This article is part of the Puerto Vallarta Planner Series. Read the rest below:

Where to Stay in Puerto Vallarta: A Definitive Ranking

16 Best Instagram Spots in Puerto Vallarta (for that perfect pic)

How to Change a Pup’s Life with SPCA Puerto Vallarta

Or, check out the complete Mexico Series for 50+ more articles on what to see, do, eat, drink, and discover in the country.

Instagram Makes it Look Easy: The Truth Behind Life in a Prius 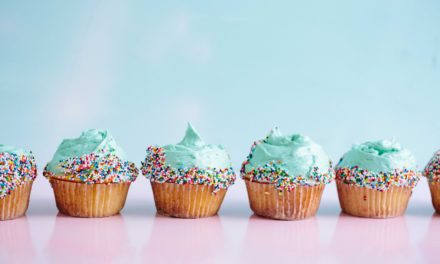 Tips for a Perfect Birthday in Budapest 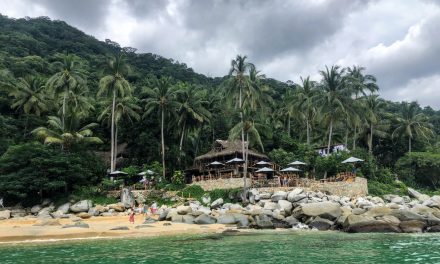 How to Visit Sacsayhuaman + the Surrounding Ruins