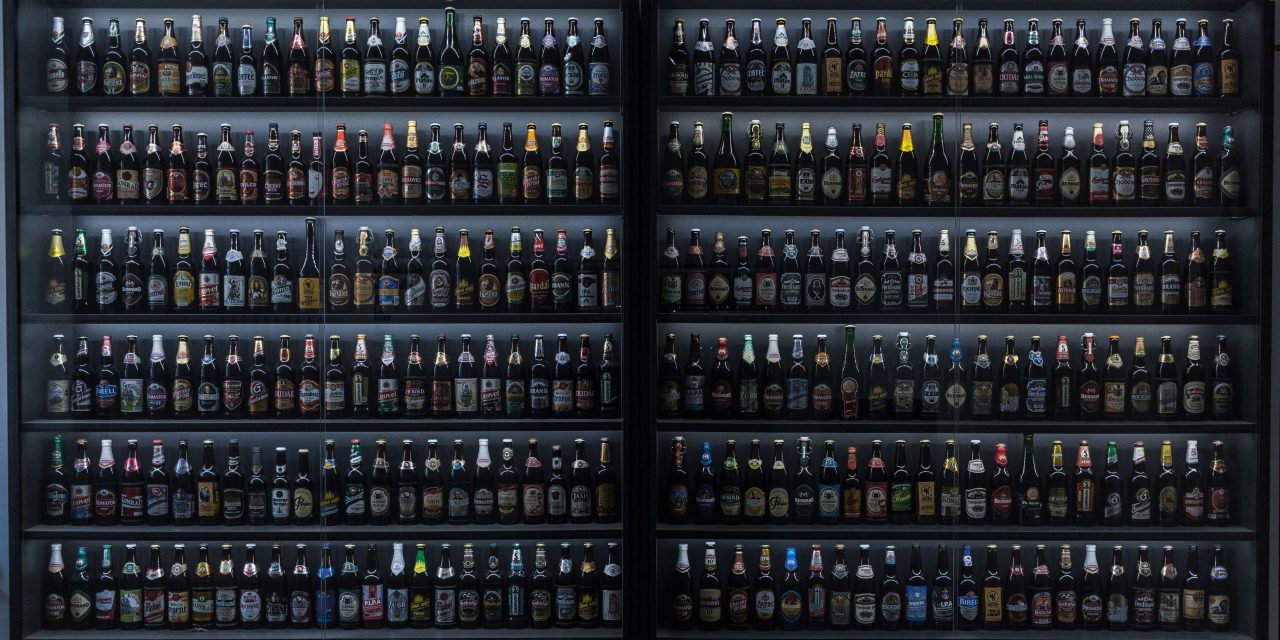 The craft beer in Oaxaca is even better than in Mexico City.

There are fewer breweries, but they’re generally easier to get to and had some experimental beers that I just wasn’t finding in CDMX.

I was pleasantly surprised by the craft beer in Oaxaca and drank a lot (what’s new?) to create this curated guide. It includes:

Keep reading to discover exactly where to get your craft beer fix in Oaxaca when you visit.

This could be you in Oaxaca – keep reading for the best brewery crawl route through the city.

How to Visit the Breweries in Oaxaca

At the moment there are three breweries in Oaxaca that you can visit.

Two are in the city center and one is in the nearby neighborhood of Reforma, so you can check them all out in a single day (with my handy brewery crawl route below) if you’d like.

There used to be four breweries in Oaxaca, but the Casa Cervecero Tierra Blanca taproom has permanently closed.

Consejo Cervecero is located in Reforma, a nice neighborhood about 25 minutes walking from the city center.

When we went they had three of their own beers on tap. The Boy Stout beer and Rey Oh! Baby (a pale ale) seem to be permanent finds but they also had a seasonal Oktoberfest.

Casa Cervecero has a very chill, quiet vibe, a small food menu, and even also served a few beers from other breweries around Mexico, which were fun to try.

I can’t speak for the food, but the beer was great and Consejo Cervecero was the perfect low-key start to our low-key brewery crawl through Oaxaca.

Four of my five tasters at Oaxaca Brewing Co.

Oaxaca Brewing Co. is the smallest of the three breweries in Oaxaca but it has a cozy vibe, a great location in the center, and the most experimental beers of three. I was SO happy to see a sour on their menu!

When we went, Oaxaca Brewing Co. had five of their own beers on tap – a stout, a sour, two IPAs, and one more that I can’t remember – and we ordered one of each in 160 ml sampler glasses.

12 oz beers from the Oaxaca Brewing Co. are around 70 mxn / 3.50 usd each and the samplers were about 40 mxn / 2 usd each. They don’t serve beers from breweries other than their own.

Click here to find Oaxaca Brewing Co. on Google Maps (and make sure to check if they’re open before you go because their hours are kind of limited).

La Santisima brewery is only one block from the Oaxaca Brewing Co. so if you’re visiting one, there’s absolutely no reason why you shouldn’t swing by the other.

La Santisima is owned by a Mexican / American couple and is connected to the Gormund Deli – which they also own – so they serve up killer sandwiches.

But back to the beer.

I actually went to La Santisima three times during my month-long stay in Oaxaca so I was able to try a lot.

They usually have three beers on tap and then a few more bottles.

The first time we went I got a sampler with a stout and two IPAs, the second time I got a bottle of the blueberry mead (as a cider and sour lover, it hit the spot). On my last trip I tried their seasonal pumpkin ale (which I wanted to be a bit more pumpkiny but Dan thought it was perfect).

Santisima also serves beers from other breweries around Mexico and mixed drinks as well.

The bartender is really chatty and nice and you can get cold beers to bring home (at a discount, no less) which is a great way to end the night after visiting three breweries in Oaxaca and scarfing down a delicious sandwich!

Don’t be fooled by the name: La Mezcalarita has the best craft beer selection in Oaxaca.

The menu had SIX PAGES dedicated to craft beers not just from Oaxaca but the entire country of Mexico. And – this is where it gets shocking – every beer we ordered was actually available!

You can try beer from the Oaxacan breweries that don’t currently have taprooms or drink you way across Mexico instead. They have tons of mezcal too so if you haven’t tried it yet this is a great place to dip your toes into the local liquor.

La Mezcalarita is pretty popular and you might have to wait, but the rooftop terrace, cozy lighting, and great craft beer selection are definitely worth it.

Bottles of Mexican craft beer at La Mezcalarita cost around 80 mxn / 4 usd each. Click here to find it on Google Maps.

The Beer Company – my favorite bottle shop in Oaxaca

Where’s the best place to buy craft beer in Oaxaca?

Last up on my Oaxaca craft beer guide is the best bottle shop in the city!

For a great local and international craft beer selection, I recommend the aptly named Beer Company in the Reforma neighborhood (near our old pal Consejo Cervecero).

Beers are kind of pricey – Dan and I dropped 300 mxn / 15 usd on four – but it was worth it to get my hands on some new styles like a coffee porter from a Oaxacan brewery and an awesome Harry Potter-themed Butterbeer beer from a brewery in San Luis Potosi.

We also tried to visit the Capitela bottle shop but it has unfortunately been permanently closed.

The Beer Company more than met our needs, though, and they even have tables if you want to sit down and have a few in-store before you go.

Use this handy map to complete my Oaxaca brewery crawl route though the city.

This route will take you to all three breweries in Oaxaca and my favorite craft beer bar. It covers about three kilometers and takes 35 minutes to walk in total.

A. Consejo Cervecero (because it’s outside of the center in the Reforma neighborhood)

B. Oaxaca Brewing Co. (because they close early)

C. Santisima (because they have awesome sandwiches and you’ll definitely be hungry at this point).

D. La Mezcalarita (because you’ll probably be kind of drunk and a few shots of mezcal with your last craft beers will finish the job)

Dan created this Oaxaca brewery tour for my 28th birthday and it was so much fun. If you have a free day in the city or just love craft beer, I definitely recommend adding it to your Oaxaca itinerary!

Ready to try the best craft beer in Oaxaca?

Explore unique stays on Airbnb (like our cozy apartment in the Xochimilco neighborhood) or the top-rated hotels on Booking.com to plan the perfect night, weekend, or long-term stay in Oaxaca.

Then, check out more food, culture, and nature activities on Airbnb to round out your Oaxaca itinerary and use the Mexico Series to explore 50+ more articles on the best things to see, do, eat, drink, and discover in the country! 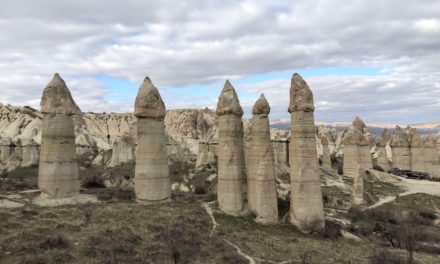 How to Hike to Love Valley in Cappadocia 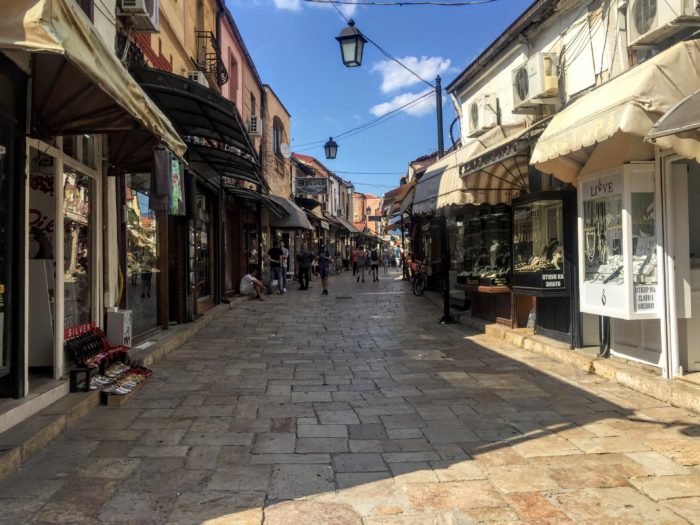 How to Spend 24 Hours in Skopje, The Strangest City in the Balkans 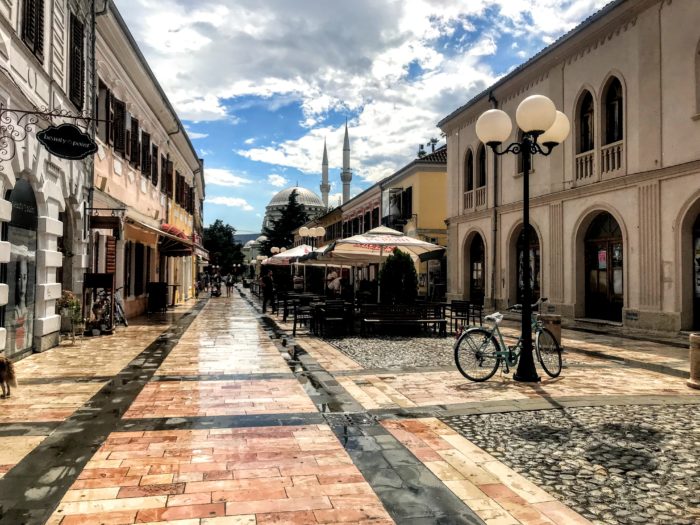 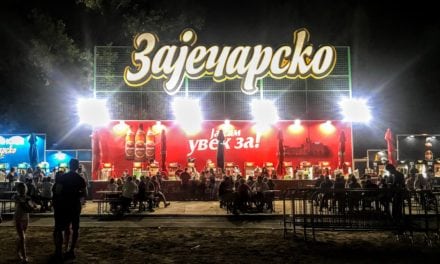 Everything You Need to Know About the Belgrade Beer Fest